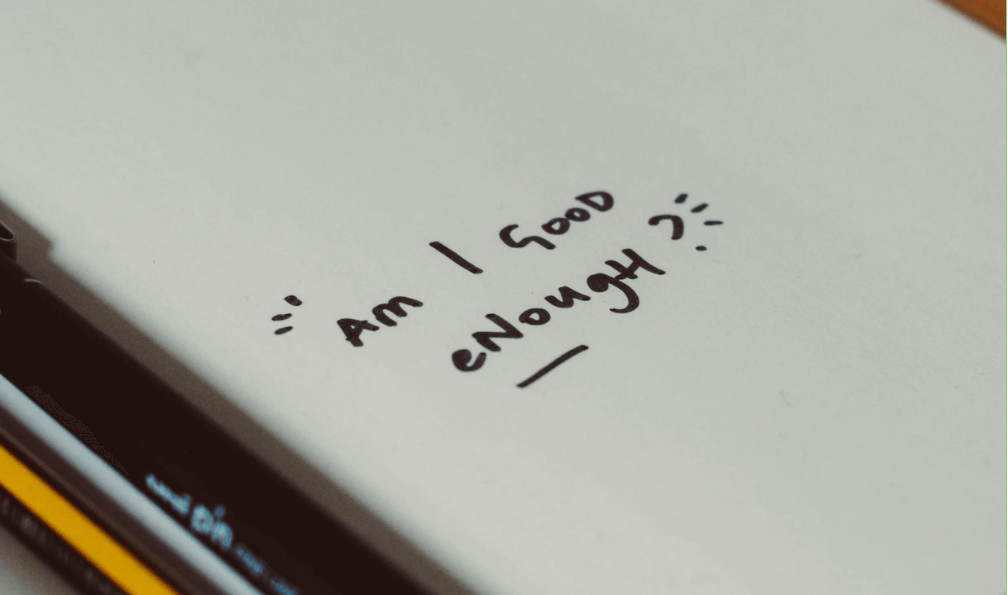 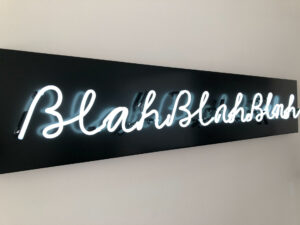 “The folks in the US should do it,” he said. “We can write the content, but they should do the review. They’re a native English speaker after all.”

Sigh. Another person who thinks that I’ll never be as good in my job as someone with a different passport. And in my workplace, no less.

It’s not like this particular coworker thinks that I’m a bad writer. To him, it’s common sense that I simply cannot and never will be able to be as good as a native English speaker.

A little background: I come from Belgrade, Serbia and I work as a Product Copywriter for an international company. I started learning English when I was 7 years old and I got my Cambridge Certificate of Proficiency in English (CPE) in 2010. This literally means that I can teach English in countries where it’s not a native language.

However, I still feel “less than” because my work is always under a particular kind of scrutiny because I’m not a native English speaker. Some of my coworkers question my word choices assuredly, although they’re not native speakers nor writers. Recruiters keep listing and prioritizing “native English speaker” as a job requirement, as if people around the world aren’t studying, speaking, and writing in English like nobody’s business.

So, how do you prove yourself as a UX writer when you’re not a native English speaker or speaker of the target language? Can you turn it around and thrive in this industry despite because of your origin? I talked to several comrades-in-arms to find out.

Is language a skill or a trait?

Let’s skip the obvious—I’m not here to say that you don’t need advanced language proficiency to be a writer. I don’t think we should scrap language assessments. But I do believe we need to question this job requirement or, at the very least, it’s phrasing. Because, what does it really mean to be a native speaker? What knowledge does it guarantee?

While native speakers have an intuitive understanding of their language, a command of spelling, grammar, and other linguistic rules is not a given. And even if it was, there is so much more to writing—and more to UX writing, to be specific—than formal rules.

“I think there’s a big misconception about the art of writing and language proficiency or, let’s call it linguistic mastery. I started as a copywriter in advertising and my very first creative director was not great with spelling or anything but conceptually, her ideas were extraordinary and there was a junior like me to fix the spelling mistakes. And that’s what she’s hired for, the problem-solving, where the consumer meets the brand. I feel like it’s the same for UX writing: we try to get the business goals and the users’ goals to meet somewhere in the middle through words, but that doesn’t mean that we need linguistic mastery. Don’t tell me Hunter S. Thompson or Kurt Vonnegut are masters of the English language. They know how to get a point across, to use a metaphor beautifully, but I doubt that they studied English,” Greta explained.

Greta van der Merwe is an experienced UX writer who has been living and working in Dubai for several years. Born and raised in South Africa, her first language is Afrikaans, but she considers herself a native English speaker because she has been surrounded by English her entire life. Still, she believes language proficiency is something that can be learned, improved upon, and thus positioned as a skill. “Everything they do in code is also in what they call “languages,” so you learn to understand C# or Java or whatever. No developer is a native, you weren’t born a developer, you learn it and you become good at coding.”

After all, the real fun starts when you know the rules. More often than not, due to the lack of space or to make a point, UX copy will require you to be flexible. “You were taught these grammar rules and you think you cannot break them, but there are cases in UX writing where you can do that,” Kaliya Aneva, UX writer at adidas, said. “I would say that that is a challenge for non-native speakers, because first you have to obtain grammar excellence and only then you might be able to break it so it doesn’t bother the consumer and gets in the way of their journey.”

So, professional writing is more than being a native, but also more than formal training. You need to develop an ear for your target language—your native language included!—and hone it constantly. You need to know the rules and be unafraid to bend them.

But all this sounds as if writing in a second language is just playing catch-up with writing in a native language. Is there anything noteworthy that non-native writers bring to the table? 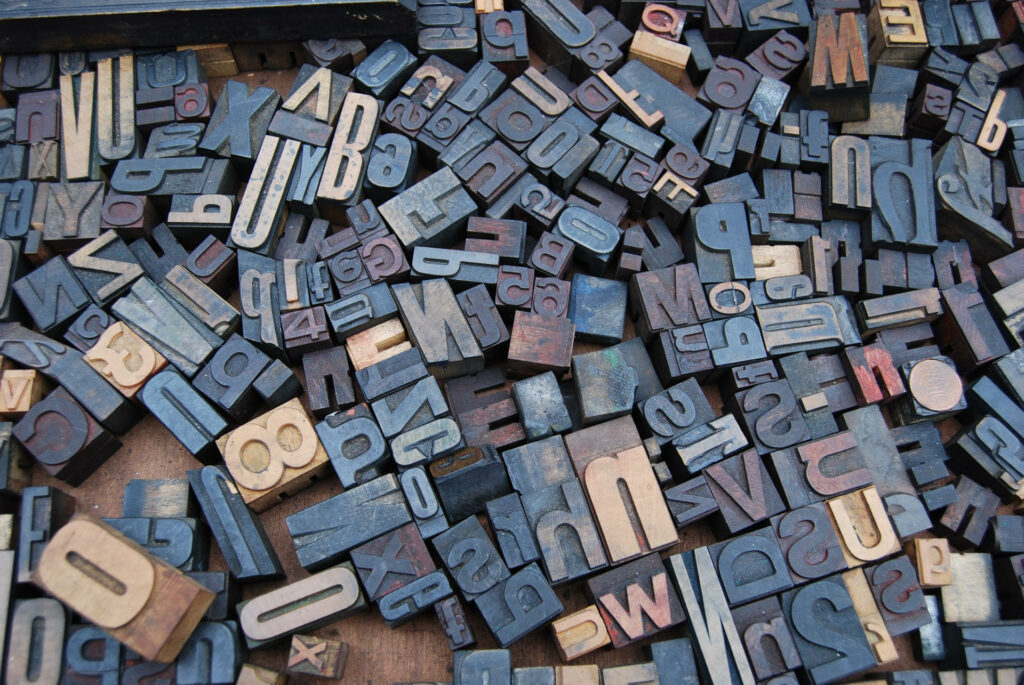 Plain language and other superpowers

One of the main advantages non-native writers have is pure human empathy. We can’t help but think like non-native speakers, so we don’t take anything for granted. We are more likely to use plain language and call out jargon, complex constructions, and ambiguous terms. I don’t expect that people will “just get it” because a certain phrase made its way into my language bubble.

Advocacy for plain language helps weed out long and complicated phrases. Following plain language guidelines by the renowned Content Design London has proven to help with making the content more accessible and understandable for a native and a non-native English speaker alike. And it’s not about simplification, it’s about clarity. “You should never just simplify everything because you can compromise the goal for the audience. It’s about knowing when you can make other word choices. It’s choosing a different expression that is not so specific for the English-speaking audience, that still translates well to other languages,” Iara explains. Iara Lucena moved to Europe from Brazil 11 years ago. She’s been writing for the web in English and Brazilian Portuguese for years, so she’s sensitive to the needs of an international audience.

In the end, even though almost two thirds of online content is in English, the same ratio doesn’t apply to native English speakers in global audience.

Advocating for plain language also helps localization and translation teams. “It’s about knowing straight away that if I write this, and it has to be translated, that we either need to tweak it a bit to make it easier for the translators or give additional context, that it is a very specific expression, so they understand what they’re translating. That’s a bit more difficult to grasp if you only speak one language or if you’re never exposed to that,” Iara claims.

As adidas has 25 markets they localize the copy for, Kaliya also has a similar experience.

“When you’re a native speaker, it’s super easy to fall into that trap to think that everyone would understand you, you don’t think much about that, for instance, your Portuguese colleagues cannot convey the same message because they don’t have the same phrase or the same idiom. It’s not that non-native speakers don’t know or are not aware of the slang or the idioms or the colloquial phrases, but they don’t tend to use them that much, so that also helps for the copy to be easy to transcreate and localize.”

This sense for collaboration extends to our own review process. Although some writers may be overly confident and protective of their copy, the non-native writers I’ve talked to pride themselves on being open to feedback. I’m not too vain to ask for help or just a second pair of eyes. Tanja Matic, UX Writer and Product Team Lead at Booking.com, shares her experience.

“I could just go and write whatever I want because I’m the copywriter and I own that, I decide. But I ask for feedback voluntarily because I know it helps me build the best possible product,” she says.

However, not all feedback is equally relevant.

“To me, users come first, then copywriters, and then the product marketing manager. Also, it’s important, on the one hand, to rely on native speakers for help, but to remain thoughtful, because native speakers are not automatically right, especially if writing is not their job. In that sense, you need to stand your ground, but I think that applies to all copywriters, native and non-native,” Tanja concludes. 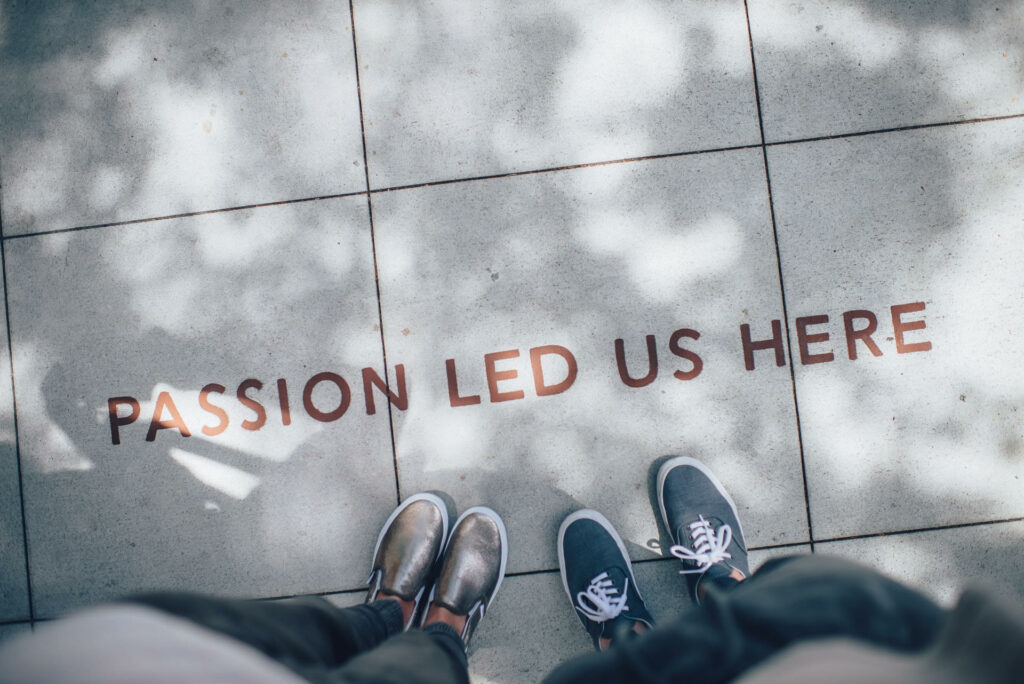 What UX writing is really about

“They say ‘it’s words, put them on paper,’ but it’s never just words. There is so much thinking about what you’re trying to communicate, no matter what language you’re writing in,” Iara said, and I nodded wholeheartedly.

This is one of the common struggles for all UX writers: explaining how “wordsmithing” is not the whole story. In fact, if you focus solely on the language choices, you miss out on the point of the role. The first part of the title is “UX,” so you must go beyond spelling, grammar, title case vs. sentence case. User research, developing prototypes with designers, determining goals with product managers are just some of the things you have to master. And it is this misunderstanding of the role that inevitably leads to UX writers being excluded until the very end of the product development process, more as a “sanity check” than as a valid expertise.

“Do you want to be a copywriter or not? The question is not if you’re a native speaker,” Tanja quoted her manager to me while we were talking about how she transitioned from a Localization Specialist to a UX Writer role. She urges prospective UX writers to think beyond the language.

“I would give the same advice I got: if you want to be a UX writer, the most important thing is that you train your strategic thinking, stakeholder management, collaboration skills, user research, user experience approach. Writing copy is the final step. And if you’re already in this story, your language has got to be at least 90% good. If you’re insecure, and even if you’re not, just ask for feedback.”

By all means, improve your proficiency, use all the dictionaries, and spell checks you need, evolve your “ear” for the language. But don’t stop there. Dive into research, strategy, design, accessibility. Yep, that’s going to be your job too—if you’re lucky.

To be fair, listing “native English speaker” or “native X speaker” as a job requirement might be an oversight. Just a job description template that no one questioned for a long time. I didn’t write this article to call out recruiters. Or complement my personal CV. What I hope it does is invite both UX professionals and recruiters to consider the real requirements for the job. If you’re hiring a person who will own the words in your product, don’t make them smaller. Trust them. Work with them. They’re not the grammar police, they’re UX police. And lord knows we need more of them.

Dragana is a Product Copywriter at Humanity. Connect with her on LinkedIn.

PrevPreviousThe Dash: Enterprise UX is amazing. Change our mind.
NextThe Dash: Would you live forever as an AI bot?Next