How could AI impact UX writing? Q&A with Bobbie Wood

COVID-19 has completely changed the way brands do business. This report from McKinsey Global Institute predicts that 45 million Americans could lose their jobs to automation and artificial intelligence (AI) by 2030. Gulp. So what impact will AI have on UX writing?

Now before you let that bum you out, I’ve got some good news. As this Slate article so eloquently puts it: Automation is more likely to change jobs than destroy them. They allude to when ATM machines were deployed in the 80s and 90s, the number of bank tellers actually went up and not down. At the end of the day, AI and machine learning are also programmed and maintained by humans.

Sure, AI is getting scary smart… but will it ever outsmart the creative work done by human UX writers or content designers? Do we need to fight the robots off for our next job? I decided to ask Bobbie Wood, founder and co-CEO of UX Writers Collective, some of my most burning AI questions to get her predictions for the future of the industry.

What has been your experience using artificial intelligence tools like Sudowrite or CopyAI? How would you describe the benefits to a newbie?

The biggest benefit to AI tools at the moment is auto-generating strings or story text based on inputs. AI is very good at recognizing subjects and remaining on task for short pieces. For example, when you use the tool Anyword, you can ask it to scan a landing page and pull text from the page. The tool then suggests improvements based on engagement stats it has available. Sometimes the suggestions are good—other times, not so great. But the cool part is just encouraging exploration and deeper thinking about word choice.

Tools like Sudowrite are intended as prompt generators for longer-form writing, especially creative writing. I’ve co-written a short story or two with Sudowrite, for example. It sort of feels like having a ghostwriter pitch in at a moment’s notice with short blurbs. Fantastic for busting past writer’s block since it even references and integrates character names and story elements in the suggested text. But if you ask Sudowrite to contribute more than about a paragraph, it pretty quickly devolves into nonsense that you wouldn’t use. So part of the interesting learning is just understanding how the tools can help you work.

What can’t AI do that only a human can contribute?

AI is evolving super rapidly in all areas, but especially in the use of language. The thing you notice currently is the lack of logic or continuity in the narrative. AI is not truly generating original content or information as humans do. At this point, it’s mimicking human language and structure—very effectively, but not anywhere near the cognitive level of humans.

The founder of Sudowrite compares writers using these tools to how designers or artists can now use Photoshop or Procreate to automate their creative processes. Do you agree with this perspective?

“Other artists have had tools like this for a long time. There are really sophisticated tools for visual artists—whether it’s Photoshop or a 3‑D tool, there’s all these things that you can apply. People who are using 3‑D models aren’t using clay. They’re not using the tools of the past. They’re using really advanced tools that automate a lot of the processes. But writing has been stuck in the past. We’re not using paper and pen, but we’re not much better off than that.”

Ah, that’s a brilliant way to describe these tools, comparing them to Photoshop effects or other calculation-intensive visual outputs. One of the concepts that I’ve pushed throughout my career is to think of content as having “patterns.” A lot of writers already recognize this, but if we extend that thinking to, for example, story structure or landing page structure, you’ve now got a very sophisticated pattern defined.

In visual art, we have some of those more challenging generated patterns defined, like gradients or drop-shadows, and now even auto-layout. For writing, we’ve relied on humans to create these pattern-based artifacts from scratch or by following a template. But the patterns for writing can be extrapolated and used to train an AI the same way tools have been programmed to output patterns for visual art.

How do you predict AI impacting the industry? Will it augment the work of a UX writer? Should we be worried about AI replacing human jobs?

Hooboy, that question packs a LOT of punch! Yes, these tools will augment—and sometimes substitute for—the work of UX writers and content designers. But AI is really, really dumb in some obvious ways. They only understand the nuance we can manage to predict and program. Human language is super nuanced. We know this intimately as writers. Can all that nuance be reduced to rules and patterns? Probably a lot of it in the future, but I’d give it a minimum of 10 years. Which is incredibly short in the greater scheme of things, but humans are fussy about communication. We don’t like someone who talks to us as if we’re an anonymous anyone or just another body. We like to be seen in our uniqueness. We like our insights acknowledged. AIs will feel like a “trick” for a while, and when they get better at working within that nuance, we’ll still know they aren’t actually responding “authentically” but only as they’re programmed to respond.

So, I’d say there will always be a need for humans to be creative and communicate in ways that are unique and “real” in a way that AI imitation won’t be able to satisfy. All of that might fall outside of business writing or product design though. In the business world, we’ll serve more as curators and less as source creators. 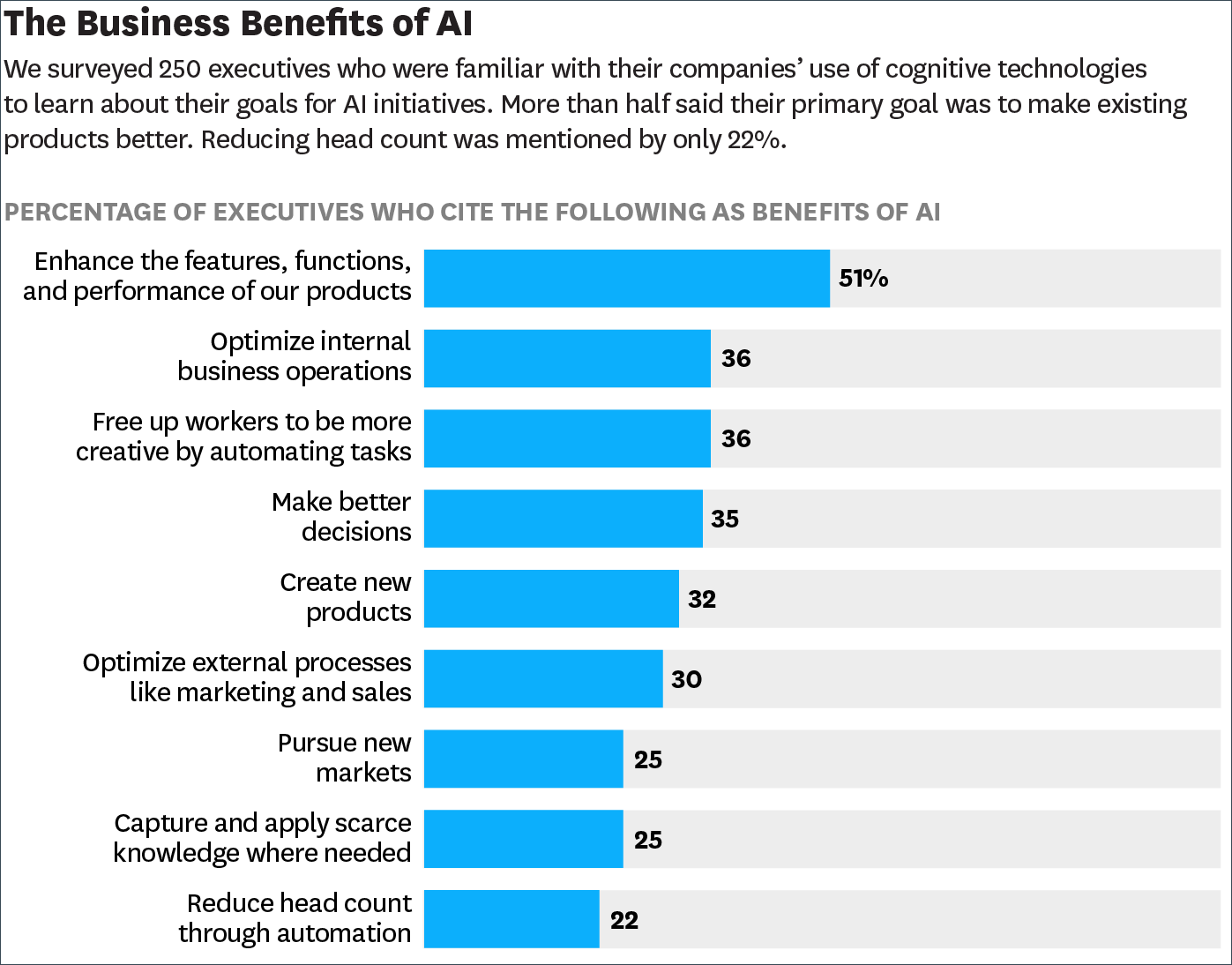 Thoughts on how translation and localization come into play here? Have you explored using the tools in multiple language instances?

Translation and localization will be an amazing accomplishment for AI and will come about very soon if I had to predict! We already have Google Translate, which is fantastic, but it lacks any contextual sophistication. That’s changing every day as AI gets smarter and better trained. The company that cracks this one will truly bring universal access to so much content and so many tools. It’s super exciting to imagine that future.

Imagine if we had an extensive bank of research results that could be searched and even auto-applied to use cases we work with every day. If we had a huge repository of user testing results and content testing results to reference that would save so much time and benefit so many users. The establishment and use of best practices would accelerate, where today we have each company testing separately. If that learning was transferred to an AI-based tool, we’d be able to stop testing many of the same patterns over and over to learn what is essentially a predictable outcome. This would be a fantastic use case for helping humans with what is currently an inefficient task.

We’d need to guard against taking the suggestions from AI tools as unassailable truth, just like we need to guard against the overapplication of any “rule” that doesn’t adjust to human needs. UX writers led the charge, for example, on using gender-neutral pronouns “they/them” for business writing even though it breaks conventional grammar rules. AI can always be trained with new inputs. It’s on us to make sure that training continues to evolve as our communication needs evolve.

How do you picture AI becoming embedded into the content design process/workflows? Are the days of copy jams and group brainstorming over?

Great question. I think the AI will just join the brainstorm as another participant! We’ll be able to auto-generate entire marketing pages and UI flows, but they’ll need tweaks and adjustments for a long while. Humans have the ability to synthesize incredible amounts of information, while AI is still sort of siloed in its “thinking.” That’s the part that makes AIs less effective than humans—for now.

Would you be willing to share a sample of something you’ve written with an AI copywriting tool? How has it helped your creative process?

I could share a creative writing sample, but it’s really hard to parse out what’s contributed by the AI versus what I wrote myself. I think the most I’ve used in a story is about 15%. Very little of the word count ends up attributable to the generated copy. As far as process goes, I generally approach the tool with a story in mind, and then see how it can help me continuously move forward, write faster. But I find a lot of the generated text is throw-away since the tool doesn’t know the direction I intend to go. It’s fun to see what it comes up with, but it’s pretty random as far as understanding or following a storyline or a plot. 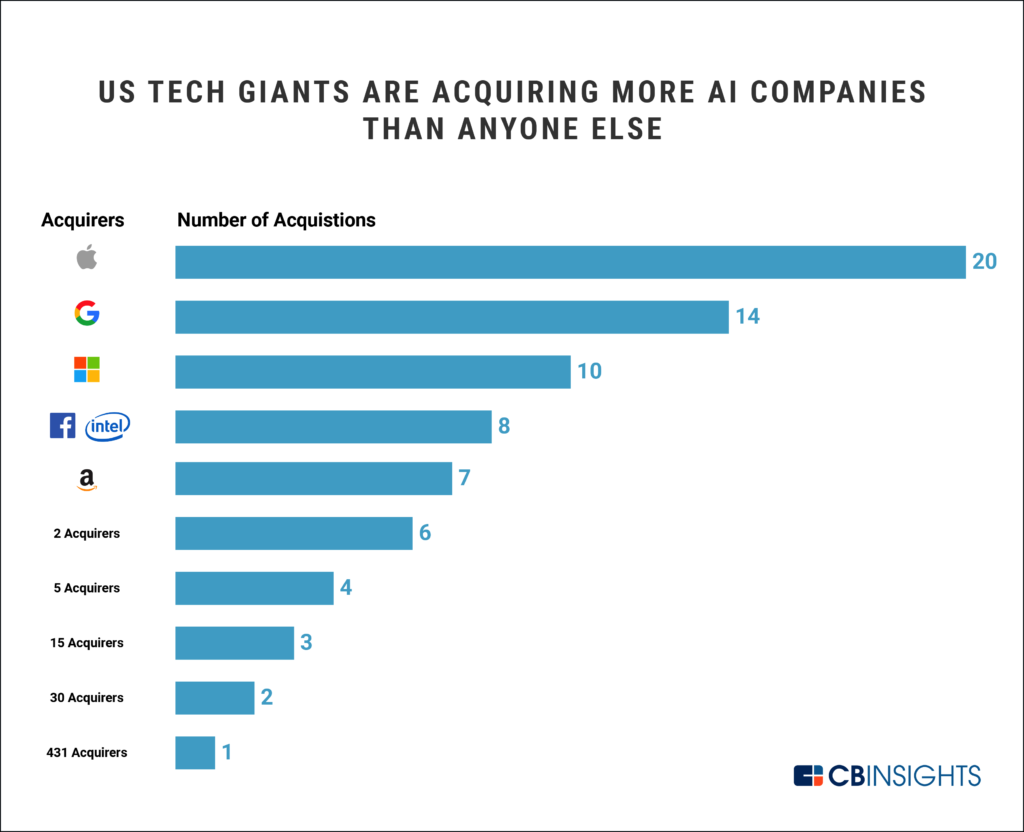 Who “owns” the most powerful AIs and who has access to them?

An important issue we’re facing is that these extremely powerful tools are currently owned only by giant companies like Google, IBM Watson, and Microsoft. While these companies claim to feel oh-so-democratic about applying these tools “for good,” they exclusively own and train these models to create products. There’s nothing inherently bad about that, but we shouldn’t be so naive that we assume AI will naturally be used for the good of all humanity. It would be amazing if we had full public access to a powerful AI to help solve long-standing social and economic problems, but the use of these tools is almost purely commercial and almost exclusively for-profit. I’m not quite sure what that means in the long run. The good news (?) is that you can license the APIs. That’s why we’re seeing an explosion of new AI-based products. Companies can also build and train their own AIs, but compared to the big ones they’re very limited in what they can do or solve. All that is said with a grain of salt since IANAAIE (I am not an AI expert).

Want to play with one of these AIs yourself? There’s a new version of a language-based AI that you can test out without a subscription. It’s from EleutherAI and is called GPT-J-6B. Head over and give it a try!

Bobbie Wood is the Founder and co-CEO of UX Writers Collective. Connect on LinkedIn.

Want to keep on learning? Level up your UX writing and content design skills in one of our courses.